Today is the 34th Anniversary of Dragon’s Lair!

On this day, it’s been 34 years since the debut of the arcade video game, Dragon’s Lair. The game was in development by Rick Dyer and his young Advanced Micro-computer Systems crew for 5 years before seeing the Secret of NIMH. In mid-October of 1982, he reached out to Don Bluth Productions to partner with his company and his distributor, Cinematronics to make the video game.

The process was classical animation with old school processes using 35mm film with 2 rostrum camera cranes and special 35mm stop-motion cameras with I-pin registration and approached with caution, as we didn’t really know how to create game continuity and multiple edits to resolves for success, run away, to vanquish or fail and die…in many, many ways. 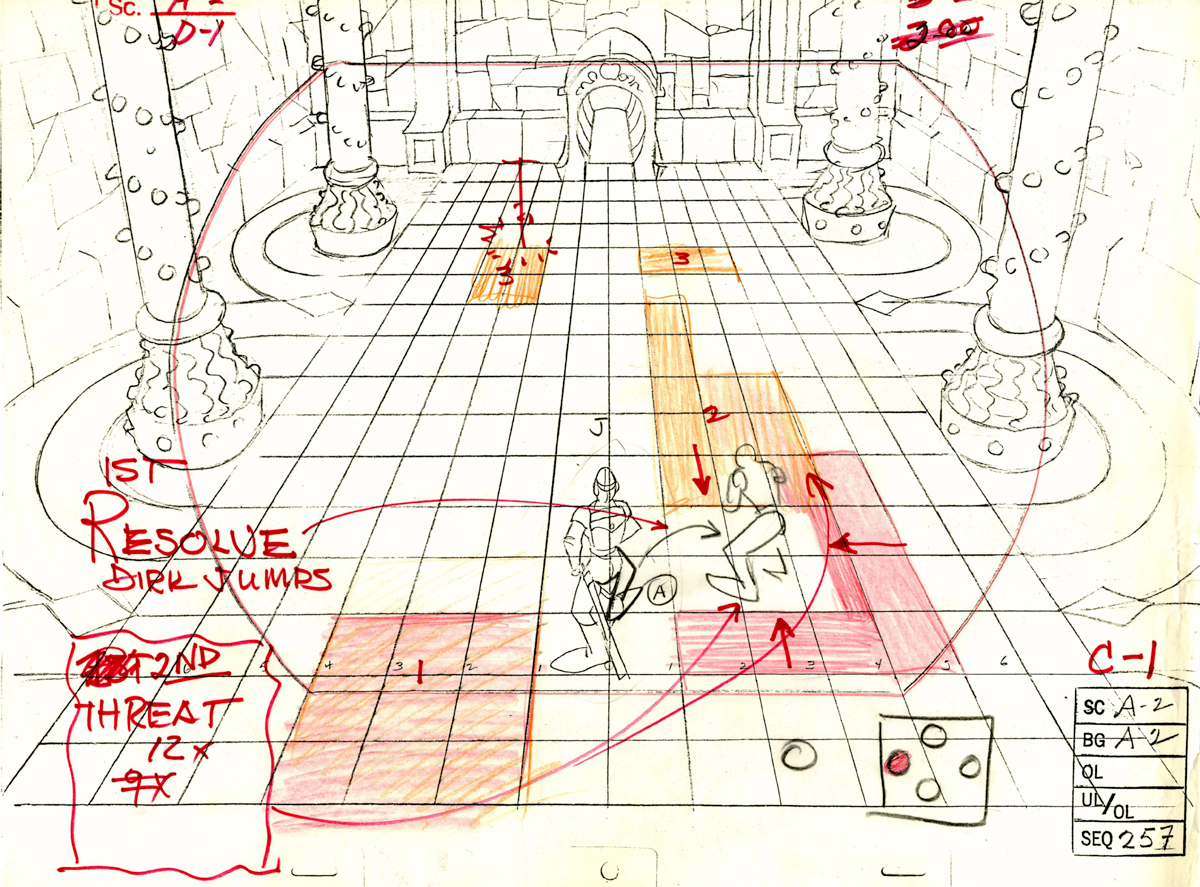 The first three rooms of the game were re-storyboarded by and Don and animation started in late January of 1983 and completed in time for the mid-March 1983 Arcade Gaming Convention. Dragon’s Lair’s 3 minute demonstration including the opening attract mode caused an incredible amount of interest with the media, with Television News on every channel were reporting and showing clips of the animation across north American as well as appearing on entertainment pages of major News Papers and magazines…and the title Dragon’s Lair (and Don Bluth) became a house-hold familiar name soon after its debut on the 19th of June 1983. Over those past 34 years the game has been remade or ported to over 70 gaming formats for modern hand-held devices and home entertainment devices. A list that is way too long to print here.

Don & Gary have been wanting to tell the story of Dragon’s Lair and its hero,Dirk the Daring, as a full theatrical feature film for 30 of those 34 years. Especially when they know that the game title is know with continued fans from around the world.

Also due to popular demand, we are extending the Indiegogo closing date to June 26th, 2017. We have had requests from fans asking for additional time to get some Dragon’s Lair perk rewards. Get them before they are all gone!